We are a company to promote and support CSR, sustainable development, and human rights. While we understand that through our advisory services, we are contributing to bringing improvement in the effectiveness of above domains, we also recognize our direct responsibilities towards the environment and society. Therefore, we are committed to undertaking some of those issues which are very critical, yet have not been given due considerations as part of corporate social responsibility initiatives of CSR Inc. 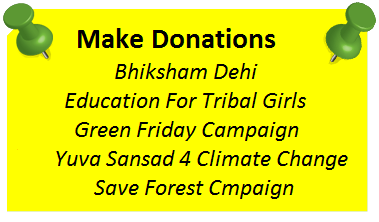 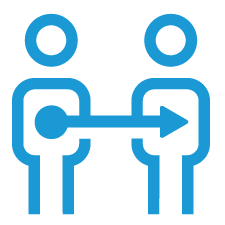 Under Bhiksham Dehi initiative we are motivating and mobilizing individual and institutional donors to lend financial support to poor patients suffering from critical illness or life-threatening diseases such as cancer and heart ailments, etc. 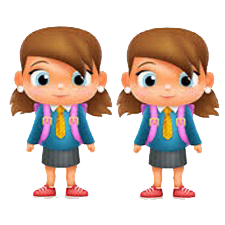 We are reaching out to individual and institutional donors for supporting a tribal girl for her education upto the bachelor degree and, if possible, for higher qualifications too. The support to education also includes the vocational or skill training. 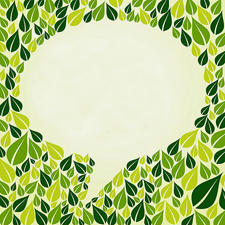 We believe every individual has a responsibility towards the environmental sustainability. The challenges of climate change can only be met if everyone of us contributes to it.

Green Friday Campaign is an initiative that sensitizes youths especially working populations who use personal vehicles for commuting to offices. The campaign encourages them to use the public transport. Under the campaign, office going population is motivated for giving up their personal vehicles for at least a day every week and use public transport or bicycles instead. Green Friday is the concept for individuals to observe it as a dedicated day of the week for contributing to the environment. Hence working population is motivated and encouraged to use bicycles or the public transport on every Friday. 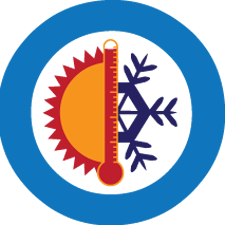 It is an ambitious campaign for addressing the challenges of climate change. Yuva Sansad for Climate Change (YSCC), a dynamic platform for students, is planned to be institutionalized in schools and colleges. YSCC will be working towards sensitizing and stimulating students to change their outlook towards luxurious lifestyles. YSCC will enable them to become responsible consumers. YSCC, without affecting primary academic objectives of students and loading them with additional work pressures, will try and work hard towards infusing an integral and unconditional love for the environment among children. Students in the age group of 13 – 22 will be targeted to become the change agents or green leaders who will influence the people in their spheres. YSCC targets children to redefine and lead a lifestyle that while it meets their contemporary aspirations, it actually helps children bring a balance between the need and greed. 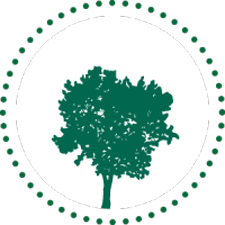 CSR Inc mobilizes human populations in taking an important responsibility to save trees/forests. According to the Forest Survey of India Report 2015,the forest cover of our country is reported to have increased to 21.34 %. Deforestations happened and still happening due to meeting demands or needs of the modern civilization have to be altered. The mother earth needs to have good forests for protecting the planet from natural disaster and dangerous effects of climate change.

Although governments and NGOs have been engaged in afforestation programs which are targeted to increase the tree population, it is however far more important to protect the existing forests from further deforestation. Human populations living close to forests are sensitive towards nature though, due to several external factors they have been found to have gone demotivated and least interested in forests. Therefore, a campaign is initiated to involve and engage human populations. We have started a campaign on saving trees/forests in Odisha. We will make it a larger campaign to be replicated in other parts of the country too.